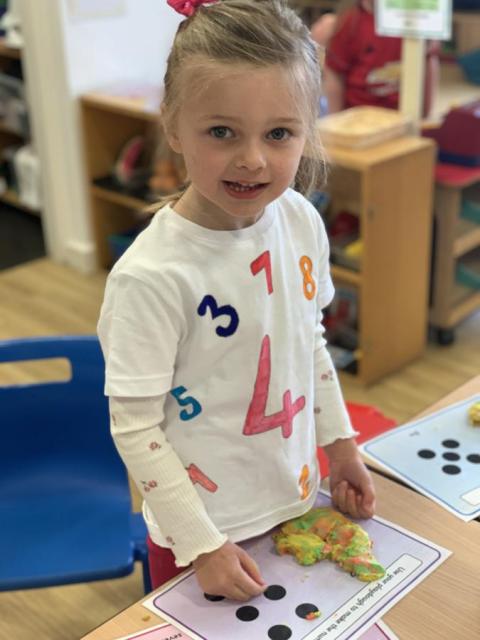 Children came to school dressed as numbers and took part in all sorts of different number activities throughout the day. As a school we managed to raise the fantastic amount of £172.31 for the NSPCC and our 'Guess the smallest number' winner took home £64!

In Nursery and Class 1 children did number cone jumping, cube stacking and matching numbers, made playdough numbers and wrote their own numbers too. It was lovely to see so many number enthusiasts so early on in their learning journey at school!

In Class 2, they discussed how everyone's dream job included working with numbers in some way. They also had an enthusiastic game of 'Who Wants to be a Mathionaire' as well as devoting a PE lesson to skills including numbers and counting.

Class 3 watched a video of a mathematician showing them how to play a game called Diffy, which they all played and really enjoyed. They realised that playing with numbers is really fun. They finished the day discussing maths in jobs and found out that all jobs use maths in some way!

Class 4 took part in the 'Buddy's Key Challenge' whereby they had to solve lots of mini challenges in order to find pieces of a jigsaw and complete it.

In Class 5, they did a maths investigation to start their algebra topic. They had the tricky task of using the numbers 0-12 and their knowledge of multiplication rules to work out the value of each of the shapes.

Thank you to everyone who dressed up and donated, and to all the staff for making it a day of mathematical fun! 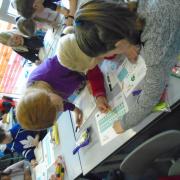 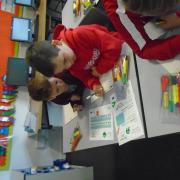 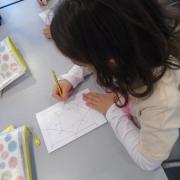 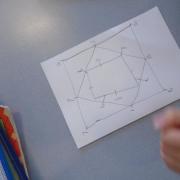 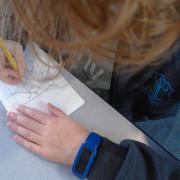 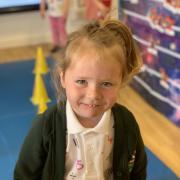 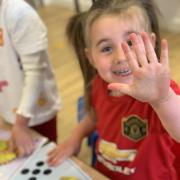 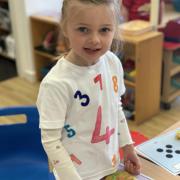 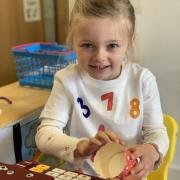 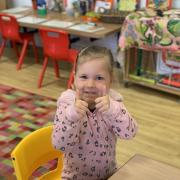 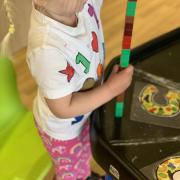 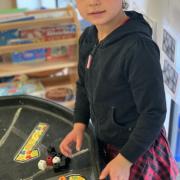 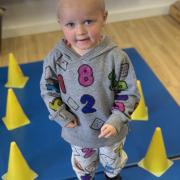 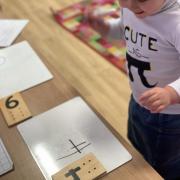 Class 5 have started looking at Living Things and Their Habitats in Science this term, and this week have looked at how some plants reproduce. We looked at the difference between sexual and asexual reproduction and how some plants need ... END_OF_DOCUMENT_TOKEN_TO_BE_REPLACED

Children from Years 4 and 5 were lucky to have the opportunity to join a live author event with Hannah Gold. We found out about Hannah's life and inspiration for writing. After a really fun quiz we took part in ... END_OF_DOCUMENT_TOKEN_TO_BE_REPLACED

Class 4 have started learning about climate and biomes in Geography. We recapped our learning from our science Earth and Space topic, thinking about how the the Earth orbits the Sun. We made orange 'worlds' with elastic band Equators and ... END_OF_DOCUMENT_TOKEN_TO_BE_REPLACED

Class 5 were extremely lucky to be joined recently by the Dales Countryside Museum to run a workshop based on our current learning about World War II. We had a super afternoon looking a range of historical artefacts and examing ... END_OF_DOCUMENT_TOKEN_TO_BE_REPLACED

No more Knives or County Lines

Year 6 were visited on Wednesday afternoon by author Christina Gabbitas for an informative presentation entitled 'No More Knives or County Lines'. She has put into animation a scenario showing how young people can unfortunately and quite easily become involved ... END_OF_DOCUMENT_TOKEN_TO_BE_REPLACED